You are here: Home / News / Middelton & Mckinnon clean up on day 1 of Delecca’s Australian Trial Championship
Back

New South Welshman Kyle Middelton has today got off to the perfect start at the 2018 Delecca’s Australian Trial Championship at Sedgwick in Victoria, as he prepares to possibly take out a record sixth straight Open Solo Championship, which has never been done before in the sports history.

Middelton, who hails from Eleebana in Lake Macquarie, dismantled the eight rider filed, finishing the day with just fourteen marks to his name, 32 points clear from Colin Zarczynski, who scored 46 marks.

“I’m pretty happy with how the day went, as I felt really good on the Gas Gas 300 machine,” said Middelton at the conclusion of the day.

However, Middleton admitted that he make a couple mistakes here and there. Not only that, the sun and the heat took a bit of the 28-year-old throughout the day.

The mistakes for Middleton came in the fourteenth section, out of a total of fifteen, when he touched a marker on his second lap, handing him five marks against his name. Also on the second lap saw Middleton having to deal with cramps.

“Apart from touching a marker and having a cramp, there were just a few small things to contend with. If you only have a few things to complain about, you have done alright,” explained Middleton.

Middleton is more than confident heading into tomorrow’s final day of action. He understands that he has to just keep doing what he was doing today.
“Hopefully the results keep going the way they are going. If they do, I can’t see why we can’t replicate what we did today,” said Middleton. 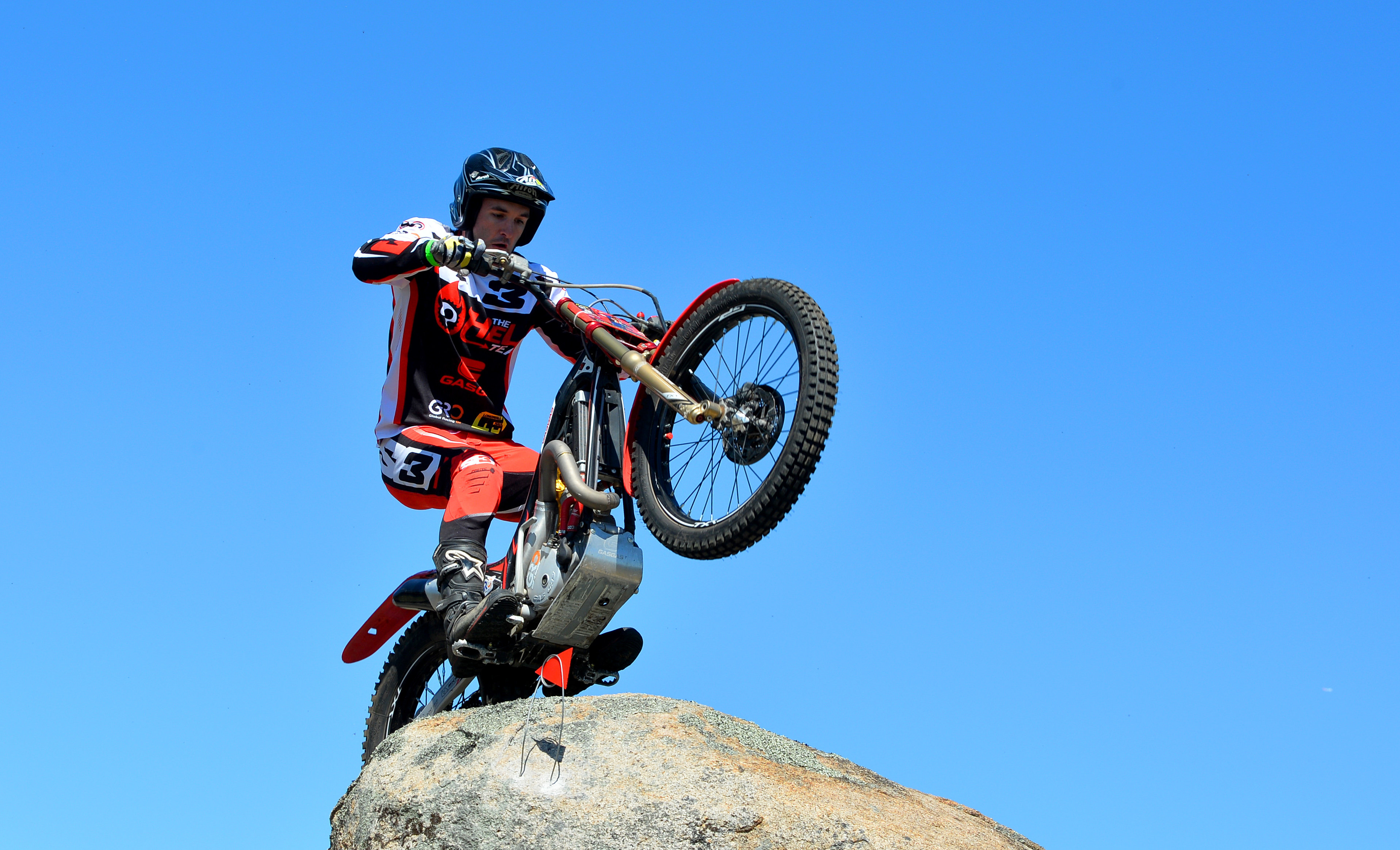 When Middleton was asked what he could do to improve on for tomorrow, he explained that he maybe has to take his time a little bit more. Today saw Middleton being a tad too ‘fast’ today, so said he needs to slow down a bit and have a think more about the sections before rushing them.

“Overall but I’m happy with how I did. I just want to do a little bit better tomorrow,” finished Middelton.

Just like Middleton, Kristie Mckinnon was all class in the Women’s category, storming to victory by only racking up 8-marks for the entire day.

The 33-year-old expressed that it was a very good day, and he she “loved” the sections as it had so many rocks to play with, which she likes a lot.

“Hats off to the Trials Club of Victoria, as they have made some very good sections, with a mix of everything. This definitely kept me busy throughout the day and a challenge to keep my feet up as well,” said Mckinnon, who beat Michelle Coleman, who scored 35-marks.

On the second lap, McKinnon definitely got a few added points to her name, which she probably didn’t need. Why? She openly admitted that she thought she was just being a “little bit lazy.”

“The first lap I thought a lot harder to keep my feet up and where I was going, compared to the second lap,” explained Mckinnon, who is gunning for ninth Australian championship.
Mckinnon is confident heading into tomorrow. However, she is not getting to ahead of herself just yet, as she knows anything can happen, and normally does in Trials.
“I’m not counting my chickens just yet. I’ll just keep a clear head and keeping focusing and if the championship comes, it comes,” concluded Mckinnon.

Lillie Yiatrou was third overall with 49-marks. Rounding out the top five was Nicole Casey and Jenna Lupo.

In the Junior 12 – under 16, it was a much closer scrap for the lead, with Tom Woodhouse prevailing for the day by scoring 13-marks and taking the win on the opening day. Joint on 13-marks, but in second place was Maverick Ford, while three marks down was Alex Cowan with 16 marks to his name.

Day two of competition will ignite into action tomorrow at 9am AEDT.